The A to Z on Series A: Part Three | The Exit 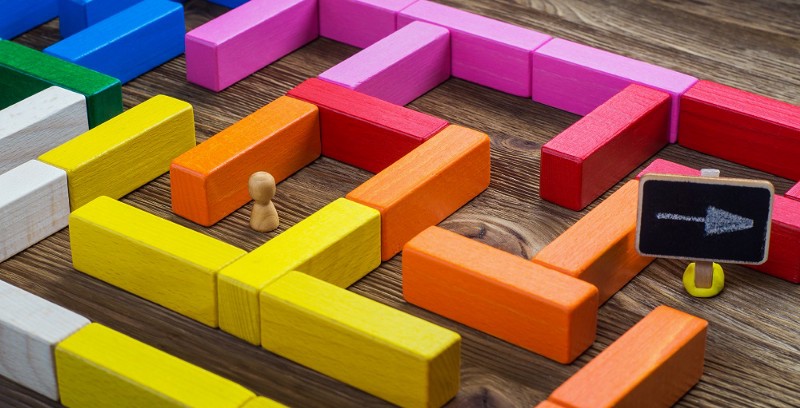 This is our third and final post on Series A investing. As a quick recap, in addition to direct growth-stage investing, Sapphire Ventures invests in early-stage venture funds, specifically those focused on Series A. With the dynamics of today’s market, we wanted to step back and evaluate how the various forces at play may be impacting Series A investing for good and for the not so good.

In my first two posts, we looked at Series A from the following aspects:

In this final post, we’ll focus on the exit market. Exits are a meaty subject, and we wanted to look at many angles so please bear with us, this post is longer than our other ones. We do like to geek out over data.

Exits
The exit market is a critical consideration point as its health is an integral component to the overall health of the venture ecosystem. Without exits generating liquidity, entrepreneurs are not compensated for the risk they are taking, VCs who invested in those startups are not getting their invested capital back, and then ultimately neither are the LPs who invested in the venture firms. A prolonged liquidity crunch could curtail the flow of capital to venture and turn entrepreneurs off. On the flip side, a healthy exit market generating plenty of liquidity keeps the venture wheels turning and entrepreneurs willing to take the risk of working at a startup.

So how did 2017 perform, and what are the implications for Series A investing?

At the macro capital markets level, one could say 2017 was impressive. It was only the seventh year in the S&P 500’s 100-year history where the index was never down more than 5% from its year-to-date closing high. 2017 was also the year where the U.S. markets continued their rise to become the second longest bull market in history.

For those companies that did go public in 2017 though, IPO exit multiples at the Series A level were at an all-time high. The median enterprise value at IPO of companies that went public was $1.2B, and the median Series A valuation of those exited companies was $10.7M, resulting in a median 110.7x multiple on exit from Series A. Wow! You can see quite a ramp in medium Series A multiples at IPO starting in 2015. This ramp was in no small part driven by Snap’s $27B IPO and helped along by other multi-billion-dollar IPOs like Blue Apron, Cloudera, Nutanix, MuleSoft, Redfin, Roku and Twilio[2].

It is important to remember that private investors in a now public company are generally “locked up” for at least the first six months, meaning they can’t sell at the IPO. Accordingly, we looked at the same values six months post-IPO, when an investor’s lock up typically ends and found that the median enterprise value of venture-backed tech exits has historically decreased by 30% on average for companies that went public between the years 1996 to 2016. Ouch. Not all investors sell as soon as they can of course, but assuming a Series A investor did, the below chart shows the impact on the Series A multiples taking into account stock prices six months post-IPO. (Keep in mind that 2017 is still too early for most six-month numbers to be in, hence why the two lines converge.) As one can see, when a Series A investor sells their stock, it can have quite an impact on their potential returns. What about M&A?
As awesome as a 40x-plus return multiple is, most companies that exit, historically and today, exit through an M&A process, not an IPO. The good news is that the multiples at Series A for companies that exit through M&A have been trending up overall post a low in 2009. The less awesome news, though is that the median exit multiple of 6.9x in 2017 is far lower than what the IPO market offers, even if we hair cut things for average multiples six months post-IPO. What’s more, the median M&A exit value of a Series A company rarely exceeds $100M. The difference between IPO median Series A exit values and M&A is clearly striking. It goes to show why IPOs can be such a big deal on several levels. It is important to keep in mind that there is most likely a systematic “bias” in the companies that IPO. They are also likely to have raised a fair bit of capital before they went public. The more capital a company raises, the more likely it is for early investors to be diluted. This is not something one can track externally so we can’t roll up those figures industry-wide. We can say though that is it more likely than not that there is more dilution to Series A investors in companies that IPO then exit through an M&A process because M&A frequently happens relatively early in the lifetime of company. The net of it all is that while IPOs can be really great, they are not necessarily always 7x-plus better than M&A.

Enterprise vs Consumer
As we are known to do, we compared the median exit sizes of enterprise and consumer outcomes for Series A rounds, first by IPO and then by M&A. Interestingly, one category does not clearly generate consistently higher IPOs than the other as each year depends on what outlier company goes public. One does see two notable consumer spikes, first in 2011 when Facebook IPO-ed and then again in 2017 when Snap IPO-ed. Unfortunately, consumer IPOs lag enterprise in sheer number pretty consistently. When looking at M&A, we also wanted to look at who is doing the buying and answer the question whether it matters if a company is bought by a ‘strategic’ or by private equity? Turns out that it does. The median exit values thanks to private equity acquisitions are consistently higher than those from a strategic acquisition and have been so for the past ten years. (Note: we are tracking multiples of capital into a company, not multiples paid on an acquired company’s revenue.) What about secondaries?
There is another dynamic that is gaining momentum, and it’s in the secondary market. As Fred Wilson aptly points out, taking money off the table in a large illiquid position that can return your fund multiple times over while still retaining ownership can be a very smart portfolio management strategy for a Series A investor. Union Square did this with Twitter and a number of investors, including Benchmark, the Series A investor in Uber, just did this thanks to the $8B+ Softbank wanted to invest into Uber.

Secondaries are hard for outsiders to track. They are not reported to Pitchbook or other industry trackers the same way direct investments are so it is unclear how much liquidity they deliver to Series A investors. Similarly, it’s not clear of the money that has gone back to Series A investors (vs to entrepreneurs), how much of it is at the fund returning level. This opacity notwithstanding, we believe that given the size of venture funds being raised — be it SoftBank’s $100B Vision Fund or Sequoia’s reported $5B upcoming fundraise — and the anecdotal evidence we see in our indirect portfolio, there will be more liquidity created for Series A investors from secondaries.

The Bottom Line
2017 was a bumper year for venture with yet another $30B-plus raised by U.S. venture funds, the rise of crypto and the debate heating up about the slowing of seed investing (despite plenty of capital available to invest up and down the stack).  And while the public markets were on a tear, they weren’t a juggernaut for venture liquidity. Net-net: It’s a bit of a crazy time.

So where does this leave us at Sapphire Ventures? Do we still believe that Series A is a compelling place to invest?

Series A investment comes at a compelling time in a company’s development. Typically, it’s after the first few “who are we, what are we doing here” moments in a company’s life — especially in a world where A rounds are happening a bit later when more metrics are available. Yet, at the same time, they are still happening before all the newly raised large(r) venture funds have been able to deploy their capital into even larger later rounds. Financially, when one looks at the exit world, entering at Series A also gives an early-stage investor headroom for continued upside.

In our opinion, Series A has been and remains a great place to invest. Even more so in a world of abundant capital where fewer deals are done, but those that are, consume more money as the companies they fund begin to scale.

We also believe that secondaries will become an increasingly accepted means for early-stage investors (and employees) to exit. There is lots of money looking to get into venture and new startups can only absorb so much. We believe these large checks will find homes in the secondary market. That said, we don’t believe secondaries will replace the IPO market when it comes to accessing vast pools of capital — like the trillions available in the public markets. The Softbank Vision Fund has a lot of money, but not trillions…at least not yet.

Author’s note: Special thanks to Eugene Chou, Stefanie Gordish and Laura Odujinrin for all their invaluable help with this post.