Based in Palo Alto, USA 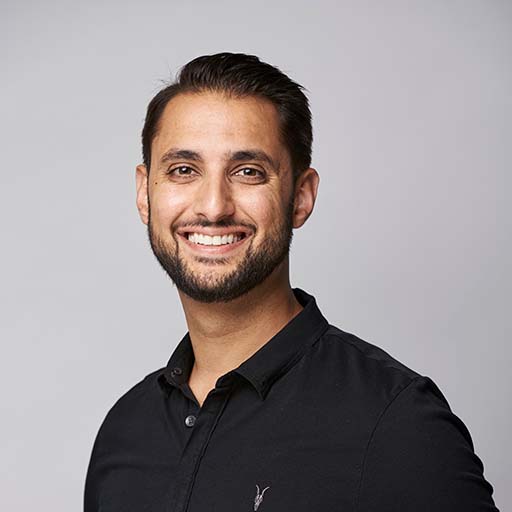 Rajeev also led the firm’s investment in Attentive, Braze (NASDAQ: BRZE), FalconX, Gem, Moveworks, Segment (acquired by Twilio), TaxBit and Wise (STO: WISE). In addition, he worked on investments in CircleCI, Clari, Looker (acquired by Google), Nutanix (NASDAQ: NTNX), Square (NYSE: SQ), Localytics (acquired by Upland Software), Punchh, PubNub, amongst others. His work has been recognized by GrowthGap, which named him a Top 40 Under 40 Growth Investor of 2020.*

Previously, Rajeev worked for Silver Lake, a technology-focused private equity firm, where he evaluated middle-market and growth equity investments across the software and internet sectors. Prior to his private equity career, Rajeev worked for the investment banking division of Goldman Sachs. He also spent time during business school working with Amazon’s corporate development group.

*Sapphire has paid a fee for Rajeev Dham to participate and be considered within third-party ranking conducted by GrowthCap. Sapphire played no role in the compilation of the third-party analysis.

Working with Rajeev has been invaluable to growing Outreach. He’s provided both insights, as well as introductions to valuable customers and partners. Most importantly, Rajeev is passionate about helping Outreach become an enduring company and delivers on that passion as a constructive and positive partner.